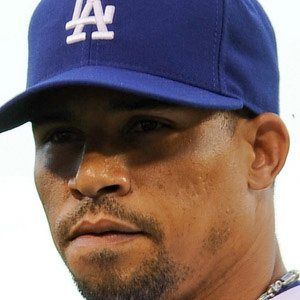 Dominican-born MLB shortshop who was named National League Rookie of the Year in 2000.

He was signed by the Atlanta Braves as an undrafted free agent in 1996 and wasn't called up to the major leagues until 2000.

In May, 2007, he became the fifth player in MLB history to record 4 hits in 3 straight games.

He was born and raised in Loma de Cabrera, Dominican Republic.

He replaced Jose Reyes of the New York Mets in the 2010 All-Star Game after Reyes suffered an injury.

Rafael Furcal Is A Member Of