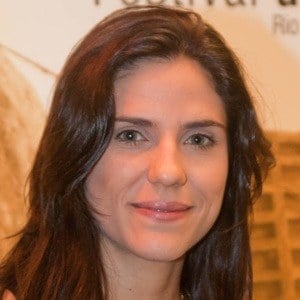 Brazilian actress best known for playing the protagonist on seasons 8 and 9 of the teen television series Malhacao in 2001. She is also known for her role in films and starred in the 2012 film Kings and Mice as well as the 2018 film Intimacy Among Strangers.

Her professional acting career began in 1999 when she got her debut television role on the series Walking on Clouds as the character Karinne. That same year she made her theater debut in the play Cute But Ordinary. Her first feature film endeavor came in 2008 when she played Laura in My Name is not Johnny.

She was born and raised in Brasilia, Distrito Federal. She married Johnny Araujo in 2012.

She starred alongside Chay Suede and Rayana Carvalho in the 2014 biblical television series Milagres de Jesus.

Rafaela Mandelli Is A Member Of