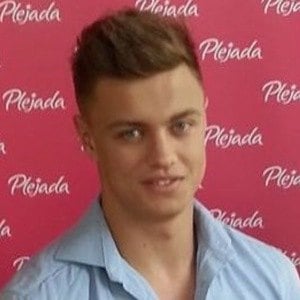 Model, acrobat and pageant competitor who's risen to fame in Poland and online. He won the title of Mr. Poland in 2015.

In 2016, he graduated from the V High School Krzysztof Kamil Baczyński in Rzeszów

He was named World Dance Show vice-champion in 2014 as well as making it to the Top Ten in Mister World in 2016 and the Mister Supranational in 2016.

Gustavo Acevedo and Gilbert Pangalila are both models who've competed in the Mister Supranational pageant.

Rafal Jonkisz Is A Member Of