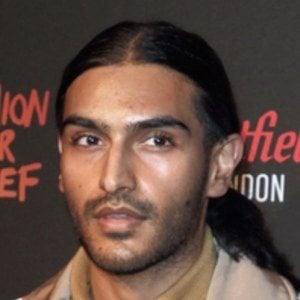 Model and social media influencer who is known for having earned representation from the Storm Vision modeling agency. He is also known for being the founder and owner of Panache and Marina Skin and Aesthetic Clinic in London. He shares fashion and style related content through his self-titled blog and Instagram for his over 1.2 million followers.

He completed his LLB at Oxford Brookes University and went on to earn his Masters in International Employment Relations and Human Resources. He started sharing modeling shots through Instagram in March of 2015. He then expanded and started his blog in October of 2018.

He has appeared in featured spreads and even covers of some popular high-end fashion magazines including Vogue India, GQ, Cosmopolitan, and Harper's Bazaar.

He shared a photo with fellow model Nargis Fakhri at the Blakes Hotel to Instagram in March of 2018.

Rahi Chadda Is A Member Of