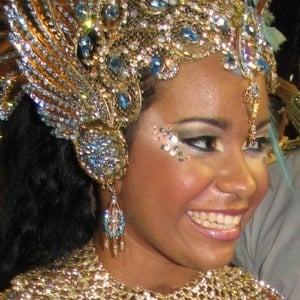 Brazilian pageant contestant and dancer who first gained fame in the Carioca Carnival after she was chosen as the drum queen of the GRES Beija-Flor samba school in 2003. She has held that position since.

She was born and raised in Mesquita, Rio de Janeiro, Brazil.

She is a fan of singers and musicians such as Ricky Martin, Kelly Clarkson, Celine Dion, Ciara, and more.

Raissa de Oliveira Is A Member Of