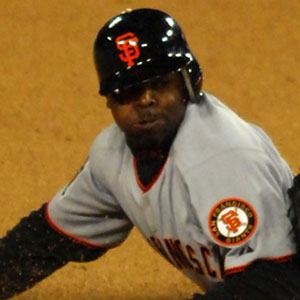 MLB outfielder best known for his time with teams like the Cleveland Indians, Detroit Tigers and Toronto Blue Jays. He tied a single-game Blue Jays record when he stole four bases on July 28th, 2013. He helped the Indians reach the 2016 World Series.

He played for the Middletown Giants of the New England Collegiate Baseball League while a student at the University of Connecticut.

He was a originally a switch-hitter but committed to hitting right-handed in 2004.

He married a woman named Marissa.

Rajai Davis Is A Member Of