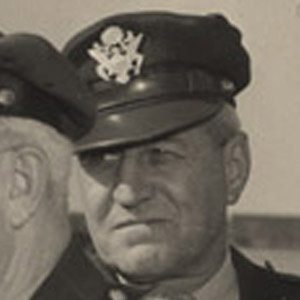 Veteran pilot of both World Wars who helped to shape and command American air forces for several decades.

He served in World War I as part of the 1st Aero Squadron and also engaged in the hunt for Pancho Villa in Mexico.

He attained the rank of Major General during World War II and led an aerial bombing mission over the Pacific island of Mindanao.

He was born in Marquette, Michigan.

His raid, while not as significant as Jimmy Doolittle's air raid over Tokyo, nevertheless helped the war effort.

Ralph Royce Is A Member Of