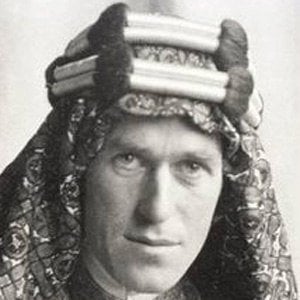 British Army officer who fought with Arab leaders in the Arab Revolt against the Ottoman Turkish rule during WWI, and was the inspiration for the film Lawrence of Arabia.

He studied history at Jesus College, Oxford, and became an archaeologist in the Middle East.

In 1921, he served as an advisor to Winston Churchill. He was a prolific writer, and wrote several novels about his experiences.

He had four brothers.

He was portrayed by actor Peter O'Toole in the 1962 film Lawrence of Arabia.

TE Lawrence Is A Member Of