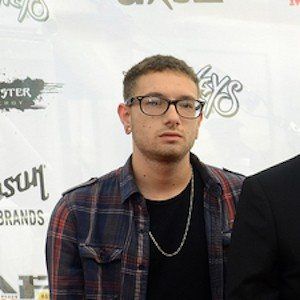 Bassist for the melodic hardcore band Being As An Ocean. He, along with Tyler Ross, Joel Quartuccio, and Shad Hamawe, formed the band in 2011.

He'd previously played for the band Vanguard along with the other founding members of Being As An Ocean.

Although their first album and single were called "Dear G-d...," and some of their members identify personally with the faith, they do not identify as a Christian band.

He hails from San Diego, CA.

The name of their band was inspire by a quote from Mahatma Gandhi.

Ralph Sica Is A Member Of