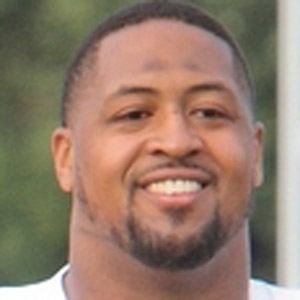 Offensive guard who made his NFL debut in 2009 with the Pittsburgh Steelers, winning an AFC championship in 2010.

He attended Ripley High School in Tennessee, competing in football, basketball, and track and field.

He was born in Henning, Tennessee.

He joined quarterback Ben Roethlisberger on the Steelers in 2009.

Ramon Foster Is A Member Of