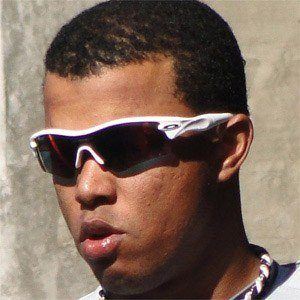 Dominican baseball player known as a versatile infielder for MLB teams like the Detroit Tigers and Cincinnati Reds. He was named as a Topps All-Star Rookie Shortstop in 2002.

He debuted for the Tigers in 2002 before being promoted to starting shortstop the following season.

He won the awards for Best Glove and Most Valuable Player during his stint with the AAA club the Tacoma Rainiers.

He was teammates with AL Cy Young Award-winner Justin Verlander on the Tigers from 2006 through 2013.

Ramón Santiago Is A Member Of