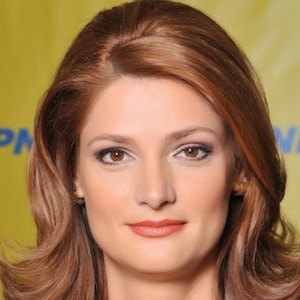 Romanian politician and lawyer who became a Member of the European Parliament in 2007. She has been a member of the National Liberal Party.

She earned her degree in law from the Faculty of Law at the University of Bucharest.

She was designated MEP of the Year for Culture and Education by The Parliament Magazine in 2008.

Her family comes from Constanţa, Romania.

Heinrich Fink is another Romanian politician.

Ramona Manescu Is A Member Of