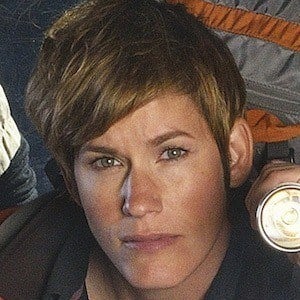 Biologist who is known for her time on the reality series Finding Bigfoot on Animal Planet. She joined the show as a co-host in 2011.

She graduated with a Bachelor's of Science degree from the School of Aquatic and Fishery Sciences at the University of Washington. She has conducted various fisheries since her graduation.

She has refused to join the Bigfoot Field Researchers Organization (BFRO), as she is skeptical of Bigfoot's existence. She has also regularly found work with the National Oceanic and Atmospheric Administration (NOAA).

She was born and raised in Sioux Falls, South Dakota. Her fascination with Bigfoot stems from her father, who shared the fascination.

She has co-hosted Finding Bigfoot alongside Cliff Barackman and Matt Moneymaker.

Ranae Holland Is A Member Of