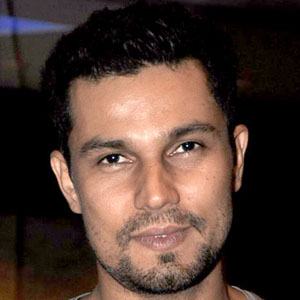 After a successful debut in Monsoon Wedding, he struggled for nearly a decade before having his breakout role.

He became a professional equestrian, winning the silver medal at a dressage event sponsored by the Equestrian Federation of India in Delhi.

His older sister, Dr. Anjali Hooda Sangwan, moved to the U.S. to practice cosmetic surgery. He also has a younger brother, Sandeep Hooda, who is a Software Engineer.

Mira Nair was the director of Moonsoon Wedding, which was his debut film appearance.

Randeep Hooda Is A Member Of