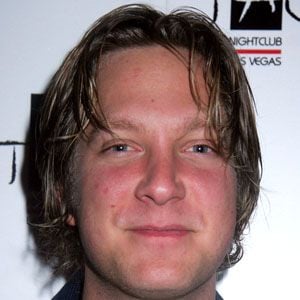 Best known as the son of producer Aaron Spelling and the younger brother of actress Tori Spelling, he worked as both a life coach and an actor. From 1997 until 1999, he played the role of Sean Richards on the NBC soap opera Sunset Beach.

After studying at Montclair College Preparatory School in the Los Angeles area, he was cast as Flipper Gage in his father's teen soap opera, Malibu Shores.

During his teenage years, he was briefly romantically involved with socialite Paris Hilton.

Following their September, 2010 wedding, he and his wife Leah Stutz welcomed daughters named Sage (born in 2011) and Lotus (born in 2013).

He and Sean Stewart (the son of rock musician Rod Stewart) starred in a short-lived reality television series titled Sons of Hollywood.

Randy Spelling Is A Member Of