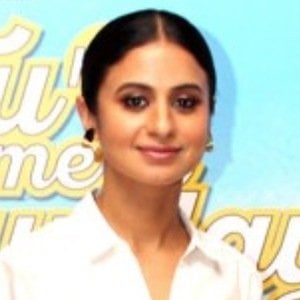 Indian actress who is known for starring in a range of Bollywood films as well as several Indian soap operas. She is most recognized for her roles as Chhaya in the 2011 film Kshay and as Neeli in the 2015 film Qissa.

Her acting career began in film when she made her debut performance in the 2007 film Anwar. That same year she starred in the film No Smoking. She went on to make her debut in television in 2008 when she played Nati on the series Upanishad Ganga.

She is also known for her work on a range of different web series. She made a cameo in the 2016 series Permanent Roommates and also starred in Humorously Yours in 2016 and Saheb, Biwi & Billi in 2017.

She was born and raised in Jamshedpur, Jharkhand, India. Her parents are Raveen and Jessie Dugal.

She starred alongside Irrfan Khan and Tisca Chopra in the 2013 Indian-German drama film Qissa.

Rasika Dugal Is A Member Of