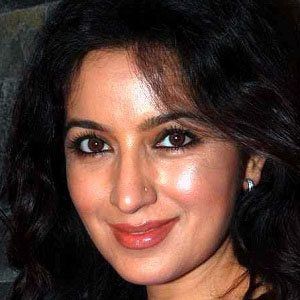 Known for both her stage and screen roles, Chopra starred in the Indian soap opera Kahaani Ghar Ghar Kii; appeared in the 2008 film Firaaq; and played the lead role in a Mumbai production of the Pulitzer Prize-winning play Dinner with Friends.

She made her big screen debut in a 1993 movie titled Platform.

She grew up in Kasauli, Himachal Pradesh, India, in a family of Punjabi writers and scholars. After studying at Hindu College, University of Delhi, she married Air India pilot Sanjay Chopra.

She co-starred with Aamir Khan in the 2007 film Taare Zameen Par, earning a Filmfare Best Supporting Actress nomination for her role as Maya Awasth.

Tisca Chopra Is A Member Of