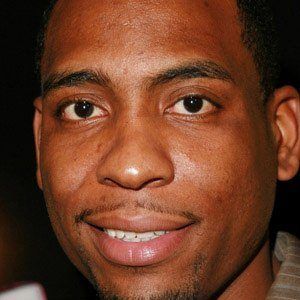 Shooting guard who made his NBA debut in 2002 for the Miami Heat. After three years in Miami, he played for the New Orleans Hornets from 2005 to 2009. In 2015, he joined the San Antonio Spurs. He also briefly played for the Toronto Raptors, Indiana Pacers and Washington Wizards.

In 2005, he was traded from the Heat to the New Orleans Hornets, as part of the largest trade in NBA history.

He was born in Philadelphia, Pennsylvania. He and his wife Leah LaBelle tragically died in a car accident in January 2018.

He appeared on the reality show Khloe and Lamar, due to his friendship with fellow NBA player Lamar Odom.

Rasual Butler Is A Member Of