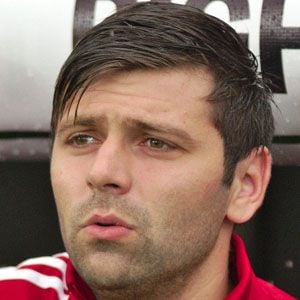 He joined the Romanian national team in 2012.

He was born and raised in Ramnicu Valcea, Romania.

He joined goalkeeper Costel Pantilimon on Romania in 2012.

Raul Rusescu Is A Member Of