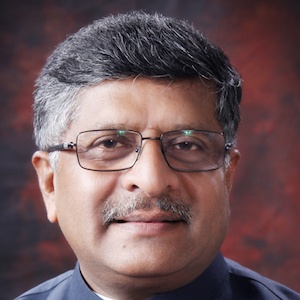 Lawyer and politician who was sworn in as the Union Minister for Law and Justice & Information Technology in 2014. He began practicing at the Patna High Court in 1980, and has held the positions of Ministry of Law and Justice and the Ministry of Information and Broadcasting, amongst others. He has 800,000 followers on Instagram.

He became involved in politics while in university, as a student leader in the 1970's protests against Indira Gandhi's government, and was jailed in 1975 for his activism.

He married the professor Maya Shankar in 1982. They have two children, Aditya and Aditi.

He was sworn in as Union Minister for Law and Justice & Information Technology by Prime Minister Narendra Modi.

Ravi Shankar Prasad Is A Member Of