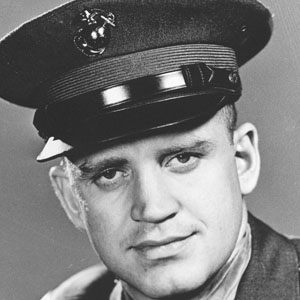 United States Marine Corps Captain and Korean War-era recipient of the Medal of Honor. His other military decorations include the Silver Star, the Purple Heart, and the Combat Action Ribbon.

During his time at Adams State College in Colorado, he was an accomplished athlete and member of the school's baseball, football, and basketball teams. After earning a degree in physical education, he enlisted in the U.S. Marine Corps Reserve.

After returning from the Korean War, he worked for the United States Department of Veterans' Affairs.

A native of Pueblo, California, he later settled in Santa Fe, New Mexico, with his wife Maryann and the couple's four children.

In 1953, he was awarded the Medal of Honor by then-United States President Dwight Eisenhower.

Raymond G Murphy Is A Member Of