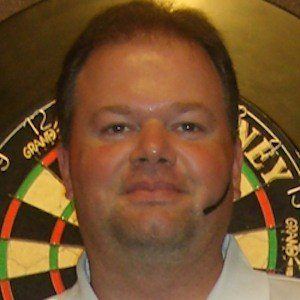 Professional darts player and five time world champion, he is a member of the Professional Darts Corporation. Throughout much of 2008, he was the #1 ranked darts player in the world. His skills earned him a knighthood from Queen Beatrix of the Netherlands.

He played his first darts game in 1984. However, it wasn't until 1995 that he made his first international success.

In 2007, his biography titled Barney: The Story of a Darts Legend was published by Arnoult Verzel.

He is a citizen of The Hague, Netherlands.

He has competed against darts rival Phil Taylor.

Raymond van Barneveld Is A Member Of