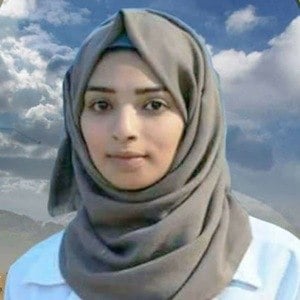 Palestinian nurse who was known for volunteering at the Gaza health ministry. She was shot by Israeli soldiers as she attempted to help evacuate wounded protestors near Israel's border fence in Gaza.

After volunteering for a variety of medical facilities, she began training as a paramedic in Khan Younis at Nasser hospital. Shortly after, she became an active member of the Palestinian Medical Relief Society.

She was recognized for her heroic duty by the UN on June 2, 2018. The UN issued a press release expressing anguish over her death with a desire to investigate the situation.

She was born and raised in Khan Younis, Palestine. She was the eldest of six children born to Ashraf al-Najjar.

Other medical professionals from Palestine include Hakim Said and Agha Hasan Abedi.

Razan Al-Najjar Is A Member Of