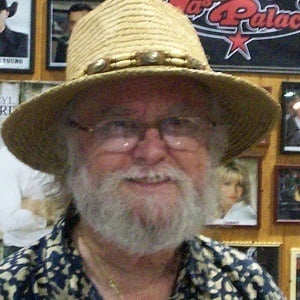 Country musician who released numerous albums and songs, including his debut single, "9,999,999 Tears," which was released in 1966. He has worked as a fundraiser and advocate for Type 1 diabetes research.

He was a member of the Future Farmers of America string band from his high school. His music, even at an early age, was influenced by artists like Bruce Springsteen.

He started his own recording studio called Razzy's Hit House.

He remarried to Faye Bright in 1994 after the suicide of his wife of thirty-seven years.

He recorded his own version of Wilson Pickett's song, "In the Midnight Hour," and it became a hit.

Razzy Bailey Is A Member Of