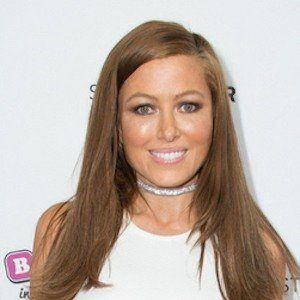 Television and film actress who is best known for having guest starred on shows such as Apartment 23, The District, and Providence. She also hosted NFL Under the Helmet and Robot Wars: Extreme Warriors.

One of her earliest roles was on Comedy Central's The Man Show.

She has been featured in commercial advertisements for Budweiser, Coors and Keystone beer.

She is from Buffalo, New York.

She was photographed with actor and comedian Jeff Garlin in 2016.

Rebecca Grant Is A Member Of