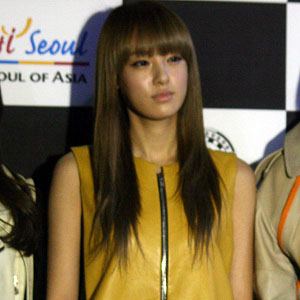 Best known as a member of South Korean all-female vocal ensemble After School, this pop singer, rapper, and lyricist also collaborated with artists Lee Hyori and Seo In-guk on the singles "Bring It Back" and "At First Sight."

She first appeared with After School on an episode of the Munhwa Broadcasting Corporation's Show! Music Core variety program, performing a song titled "AH!"

She performed with After School under the stage name of Bekah; her bandmates were known by the mononyms of Raina, Nana, and Kahi.

Born to Korean-American parents, she grew up in Honolulu, Hawaii. She has a sister.

She and Nana became bandmates in After School.

Rebekah Kim Is A Member Of