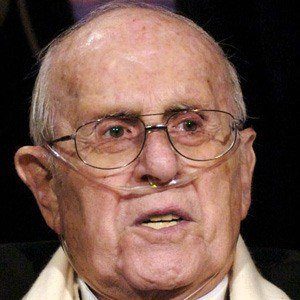 He earned a scholarship to play basketball at George Washington University.

He married his girlfriend Dorothy Lewis in 1941.

He and Phil Jackson are two of the winningest coaches in NBA history.

Red Auerbach Is A Member Of