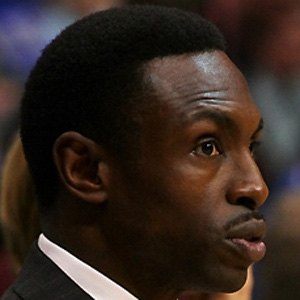 Former NBA point guard who became a head coach after retirement. He led the Dallas Mavericks to the NBA Finals in 2006, during his first year as a coach, but the team was defeated by the Miami Heat in six games.

He led St. Augustine High School to an undefeated record and to the Class 4A Louisiana State Championship as a senior in 1983.

He and his wife Cassandra raised two children, Avery Jr. and Christianne.

He won his only NBA Championship as a player in 1999 with the San Antonio Spurs as power forward Tim Duncan took Finals MVP honors.

Avery Johnson Is A Member Of