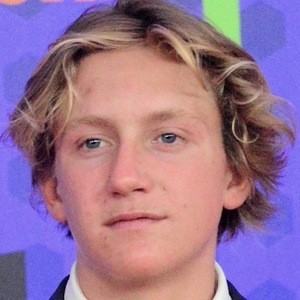 Snowboarder who was named to the U.S. snowboarding pro slopestyle team following a highly successful 2016. He won an Olympic gold medal at the 2018 Winter Olympics in Pyeongchang, South Korea.

He grew up in Cleveland, Ohio and Breckenridge, Colorado. He began competing as an amateur in 2011.

In 2017, at just 16 years old, he won his first major title by scoring 87.95 at the U.S. Grand Prix in Mammoth, California. He has been sponsored by companies like Von Zipper and Burton Snowboards.

He is the sixth of seven children.

He and fellow American Jamie Anderson both won gold at the U.S. Grand Prix in 2017.

Redmond Gerard Is A Member Of