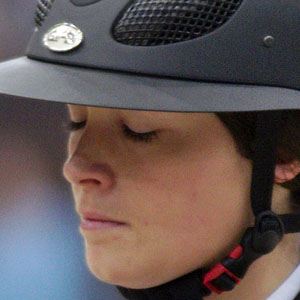 U.S. national champion equestrienne who competed in the 2012 London Olympics in show jumping.

She came from equestrian stock: both her parents competed in amateur equestrian events for three decades, and she grew up caring for horses on her mother's farm.

She was the youngest horse rider at the Olympics, just 18 years of age at the time.

Born in New York, she moved with her family to Lexington, Kentucky in 2012.

Nicola Wilson, who was almost twice her age, was another newcomer equestrian at the London Olympics in 2012.

Reed Kessler Is A Member Of