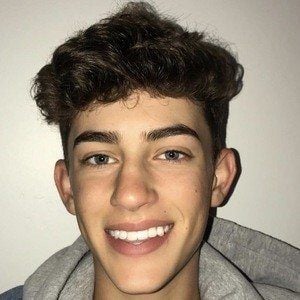 Social star who has earned more than 2.4 million fans to his .reedwoehrle TikTok account. He gained his following on the platform for his frequent selfies and lip syncs. He also gained a following on Instagram with more than 550,000 followers.

He previously became known on Funimate as ItsJustReed, where he was often featured by the app.

He often includes word bubbles in his TikTok posts, describing his actions or setting up a comedy scenario. He has also done modeling.

He has three sisters and one brother. He confirmed he was dating Leilani Castro in early 2019.

He is a friend of Jesse Underhill and Mrgummyking.

Reed Woehrle Is A Member Of