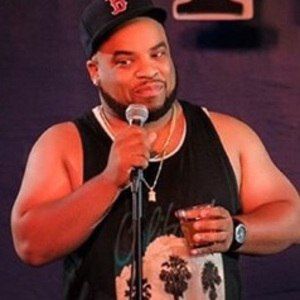 Actor and comedian seen on the All Def Digital digital platform who became well known after becoming the subject of a meme taken from the video "You Said That?" He has earned more than 800,000 followers on Instagram and is a popular Facebook video personality as well.

He attended Cambridge Rindge and Latin School in Boston, Massachusetts.

His real name is Khari Wells. His hometown is Cambridge, Massachusetts.

He was featured in a comedy sketch called "Deadbeat Dad Conference" alongside Rome Green Jr.

Reedo Brown Is A Member Of