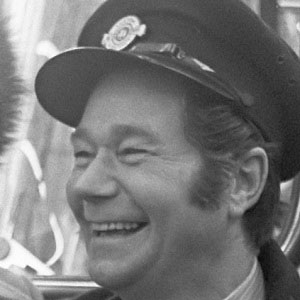 Most well known for his portrayal of Stan Butler in the late 1960s and early '70s comedy series On the Buses, he is also remembered for his roles as Harry Butt and Reg on the respective BBC sitcoms Beggar My Neighbour and The Rag Trade.

Before beginning his television career, he served in World War II as both a member of the Royal Engineers and as a touring military entertainer.

In the later years of his career, he performed a one-man theatrical piece throughout Australia.

He and his four siblings grew up in Canning Town, Essex, England. His marriage to Lilian Varney began in 1939 and produced a daughter named Jeanne.

He and Dora Bryan were both in the cast of the 1966 comedy movie The Great St. Trinian's Train Robbery.

Reg Varney Is A Member Of