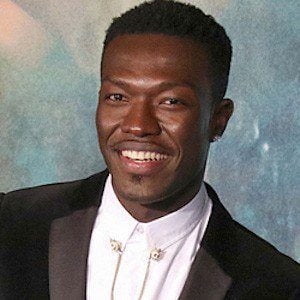 Pop singer best known as one-half of the Urban Pop duo Reggie N Bollie. The pair competed on The X Factor UK series 12, finishing as the runners-up. He and Bollie were signed by Syco Music in January of 2016.

Before coming together with Bollie, he released Hiplife style songs called "Virgin", "4 Sale" and "Adoma" in 2006.

He and Bollie used to perform as a duo called Menn on Poinnt.

He moved to the UK with his family five years prior to being on The X Factor. He has a daughter named Dior with his wife Edith.

Only Louisa Johnson beat out Reggie N Bollie in series 12 of The X Factor UK.

Reggie Zippy Is A Member Of