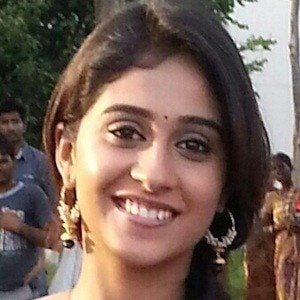 Film actress who first rose to fame in 2005 when, at sixteen, she debuted in the movie Kanda Naal Mudhal. She has since appeared in Tamil, Telugu, and Kannada films like Ra Ra... Krishnayya, Kotha Janta, and Pilla Nuvvu Leni Jeevitam.

She began her entertainment career anchoring for the children's channel Splash at the age of nine before she moved into commercials.

She has a self-titled YouTube video where she has posted trailers, behind-the-scenes videos, and the occasional vlog to her fans.

Her native tongue is Tamil.

Regina Cassandra Is A Member Of