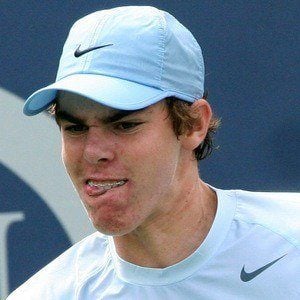 American tennis player who, at 6'11", is one of the tallest players ever to play on the ATP Tour. He is famous for his powerful serve, which often exceeds 130 miles per hour.

He grew up in Michigan and started playing tennis at age five. He later relocated to Florida.

He is responsible for coining the term "dinger," meaning an ace, in professional tennis.

His parents' names are Lynne and George. He has a sister named Brenna.

He defeated world number one Taylor Fritz at Wimbledon in 2015.

Reilly Opelka Is A Member Of