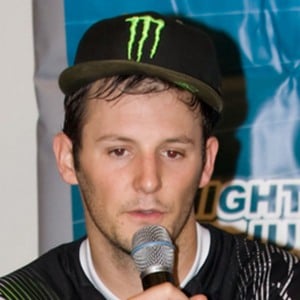 French motorcycle racer and freestyle rider who is known for traveling and competing in different World Champion Nitro Circus events. He shares both photos and videos of his riding with his over 110,000 Instagram followers.

Beginning since the age of ten, he started track racing before branching off into jumps at the age of 16. He then began competing in FMX championships and eventually went professional. He went on to win multiple World Championships and World Tours.

He is a sponsored athlete through the companies Red Bull, Nitro Circus, and Xpilots.

He was born and raised in Bordeaux, France. His dad gave him his first bike at the age of ten.

Other FMX riders on the Nitro Circus team include Ryan Williams, Ethen Roberts, and James Foster.

Remi Bizouard Is A Member Of