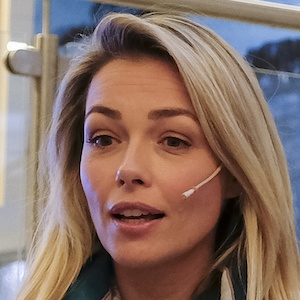 Dutch TV presenter who has gained notoriety for her work on RTL, NET 5, and SBS 6 on a variety of programs, including for Shownieuws and Beat the Top Designer. She also hosted the popular SBS 6 reality series Circus Gerschtanowitz with her family.

She began her career in the entertainment industry as a model. She later successfully auditioned for TMF to become a host in 2004.

She presented the TMF Awards for the first time in 2005. She participated in the 2017 Dutch reality competition TV series Dance Dance Dance.

She and her husband Winston share two sons named Julian and Benjamin.

She and Marco Borsato co-hosted the TMF Awards together in 2005.

Renate Gerschtanowitz Is A Member Of