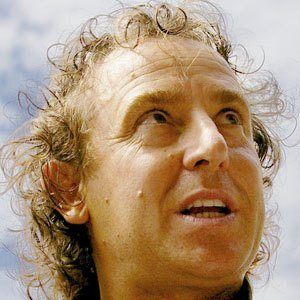 The Netherlands' most popular singer of the 1990s and 2000s who had fourteen albums reach #1 on the charts, including Als geen ander and Luid en Duideliijk.

He gained national attention after winning the Soundmixshow in the spring of 1990 and began recording albums, at first in Italian.

He's won numerous accolades, such as several TMF Awards, including best Dutch singer, a 2001 Edison Award for best singer and a honorary award in 2000 for best album (Luid en Duideliijk) as well as best singer.

He has three children, Jada, Luca and Senna, with TV personality and wife Leontine Ruiters.

In 2011, he became a judge on the talent show The Voice of Holland alongside pop singer Angela Groothuizen.

Marco Borsato Is A Member Of