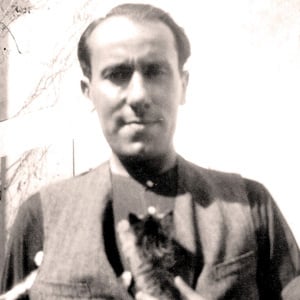 Twentieth-century poet and French Resistance fighter who is known for literary works such as Arsenal and Moulin Premier. His last works, published in the 1980s, were Les voisinages de Van Gogh and Eloge d'une soupconnee.

He attended boarding school in Avignon and Marseilles and enjoyed playing rugby. He began publishing poetry in the late 1920s.

His French Resistance fighter name was Captain Alexandre, and he published a series of prose poems in 1946 that recounted his Resistance activities.

He was one of four children born to Emile Char and Marie-Therese Rouget.

He and Albert Camus were close friends.

Rene Char Is A Member Of