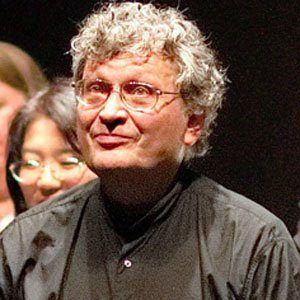 Countertenor and conductor who became known for specializing in Baroque and early classical opera and who was called a singer's conductor.

He served as a boy chorister at the Cathedral of Ghent and embarked on studies in classical philology at the University of Ghent.

He was the artistic director of Innsbruck's Festwochen der Alten Musik from 1991 until 2009 and worked at the Schola Cantorum Basiliensis as a teacher of interpretation and Baroque singing style.

He was born in Ghent and was encouraged to become a countertenor by the Kuijken brothers, Alfred Deller and Gustav Leonhardt.

He gained great acclaim for his 2004 recording of Wolfgang Amadeus Mozart's "The Marriage of Figaro," which won Gramophone's Record of the Year, Le Monde de la Musique's Choc of the Year, two Midem Classical Awards, and the Grammy Award for Best Opera Recording of 2005.

Rene Jacobs Is A Member Of