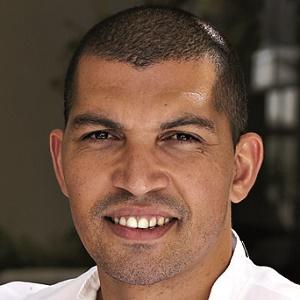 Celebrity chef acclaimed with numerous awards, including multiple Eat Out Johnie Walker Restaurant Awards and being named Unilever's Chef of the Year. He owns Reuben's Restaurant which has locations in the South African cities of Franschhoek, Cape Town, Robertson and Paternoster.

He was presented with his first opportunity to run his own kitchen when he was in his early twenties. He then helped establish the Monneaux restaurant as one of the Top 100 restaurants in South Africa.

He was born in Franschhoek, South Africa where he started his first restaurant as well. He briefly lived in Cambridge, England.

He co-hosted season 3 of MasterChef South Africa while Matt Preston was a MasterChef personality on the Australian version of the show.

Reuben Riffle Is A Member Of