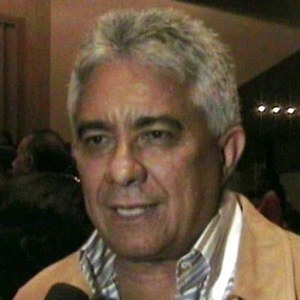 Singer nicknamed "El Cardinal Sabanero" who is widely hailed as a legend in Venezuelan llanero music. He has recorded more than 30 albums during his long and illustrious career, including La Inspiración del Poeta (1978), Colosal (1993) and La Muerte del Rucio Moro (2015).

He grew up in a farmhouse in Zaraza, Venezuela and wrote his first song at age 12.

His album The Golden Horse (2013) earned him a Latin Grammy for Best Folk Album.

He is the youngest of 4 brothers. He has children named Rey, José and Argenis.

He and Jorge Celedon performed together on the song "La Quiero y Qué."

Reynaldo Armas Is A Member Of