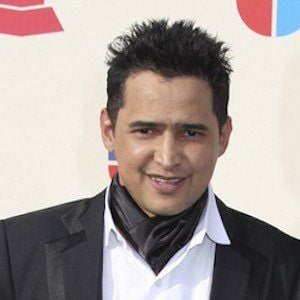 World music singer who formed his own group in 1998 with Jimmy Zambrano. He has more than 950,000 followers on his jorgitoceledon Instagram account.

He released Todo Corazón with Binomio de Oro de América in 1993. He was a backup singer for the vallenato group, replacing Rafael Orozco Maestre.

He was nominated for a Latin Grammy Award in August 2007.

His first performance was in his uncle Daniel Celedón's group Doble Poder.

He and Anais are both world music singers who have been nominated for Latin Grammy Awards.

Jorge Celedón Is A Member Of