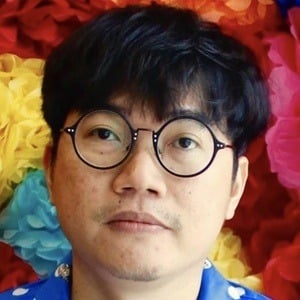 Cartoonist and illustrator known for his distinct combination of urban cynicism and Indonesian self-consciousness. He focuses on youth culture and characters and shares his illustrations through his self-titled website and Instagram for his over 150,000 followers.

He began drawing at a young age and in 1998 was house-bound during the riots where he started creating further cartoons. After attended University and holding several art shows and practicing his drawings, he began sharing his works through Instagram in December of 2013 which earned him major recognition.

He is also known for having worked as a Graphic Design Supervisor at Pullman Jakarta Indonesia in August of 2012.

In an interview with JakartaGlobe magazine, he listed his artistic inspirations and influences as Matt Groening and Robert Crumb.

Reza Mustar Is A Member Of