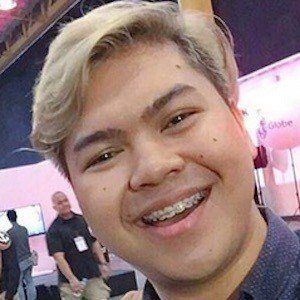 Filipino singer and actor known for his work as a child and young adult performer. He's contributed to the albums Little Big Star and Oldies But Kiddies and released a self-title album in 2009.

He first appeared on Little Big Star in 2004 and appeared on several TV shows before making his film debut in 2007.

He's also appeared in the movies Pasukob and Father Jejemon. He won an Awit Award in 2010.

He grew up in Quezon City, Philippines.

Rhap Salazar Is A Member Of