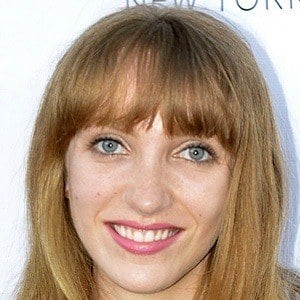 Rose to fame as a published teen poet known for her spoken word. She is recognized on YouTube as TheGeekyBlonde where she has earned upwards of 30,000 subscribers vlogging, doing book reviews, and making other videos.

She first began writing poetry as a well to gain the attention of a boy she liked. Though her crush eventually faded, her love of poetry remained.

A talented actress, she has appeared in numerous Shakespearean stage productions at The Lost Studio.

She is a native of Los Angeles, California. She would later attend UCLA.

Rhiannon McGavin Is A Member Of