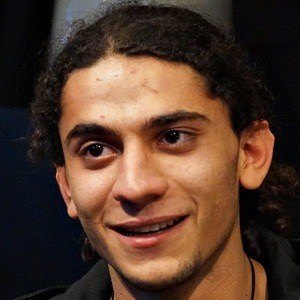 Danish poet and politician most well known for his bestselling eponymous poetry collection released in 2013. A former member of the Nationalpartiet, a Danish political party, he was known for his outspoken criticism of Islam.

Institutionalized at an early age due to juvenile delinquency, his educators praised his literary talent.

At only 16 years old, he entertained an affair with 38-year-old educator Louise Østergaard. After it was discovered, this led to her dismissal and subsequent divorce.

He was born to Muslim Palestinian immigrants who fled to Lebanon due to the Israeli-Palestinian conflict. Though raised in a religious environment, he eventually abandoned the faith.

His longer works have been compared to that of American poet Walt Whitman.

Yahya Hassan Is A Member Of