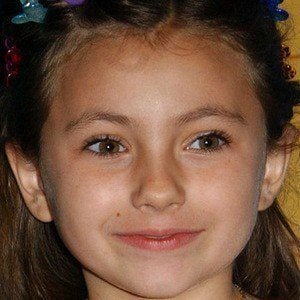 Actress who first made a name for herself playing Emma Wilder in the 2007 science fiction film The Last Mimzy. She has since gone on to earn prominent roles in Monster Mutt and All American Christmas Carol.

Her first major role was in 2003 portraying the younger counterpart of Jennifer Connelly's character Betty Ross in Hulk.

In 2005, she appeared in an episode of the sitcom The King of Queens.

Rhiannon Leigh Wryn Is A Member Of