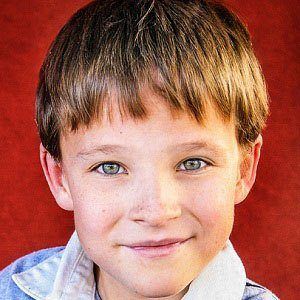 Most well known for his starring role as Noah Wilder in the 2007 science fiction feature The Last Mimzy, he is also notable for his early-career work in the short films The Dark Ages and Breakaway.

During his early years, he won numerous honors in regional acting contests and was signed by Cutler Management.

At the conclusion of his childhood acting career, he attended the Rochester Institute of Technology.

He spent his youth in Colorado, Kansas, Utah, and Maryland. He was raised with an older brother named Tyler.

He co-stars with Joely Richardson in The Last Mimzy.

Chris O'Neil Is A Member Of